Rebuilding A Culture: From El Trapiché to North-Western Ontario

I was born and raised in a southern Ontario town named Chatham. A town known for its rich history as a major battleground during the War of 1812, as the most expensive lot on the Monopoly Canadian edition board, and for our very own Sam Panopoulos – the creator of Hawaiian pizza. Chatham is quaint, but it lacks opportunity. That’s why I decided to move to Canada’s capital – to study health science and neuroscience at Carleton University.

Growing up in Southern Ontario meant being pretty oblivious to issues happening on the other end of the province. I first heard about residential schools and the atrocities inflicted on Indigenous people in my tenth grade English class. My teacher took it upon herself to go against the curriculum and teach about the history of Indigenous people and the residential school system. My mouth dropped at the stories she told. I couldn’t believe it. This? Happened in Canada? It baffled me then, and still baffles me now that in one of the richest and subjectively ‘best’ countries in the world, these problems still exist. The detrimental effects of this oppression have created a viscous cycle of poverty, ill health and substance abuse for our indigenous population. I left that class with so many questions. Where do you begin to rebuild a culture after it has been stripped down to nothing?

Motivated by what my tenth grade teacher had taught me about injustice, I travelled to Nicaragua on a volunteer trip in an attempt to make a difference in the world. During the two weeks I was there, my group members and I helped build a playground in a rural village named El Trapiché. Previous groups who had been to the village had built a clean water filtration system, and a school. 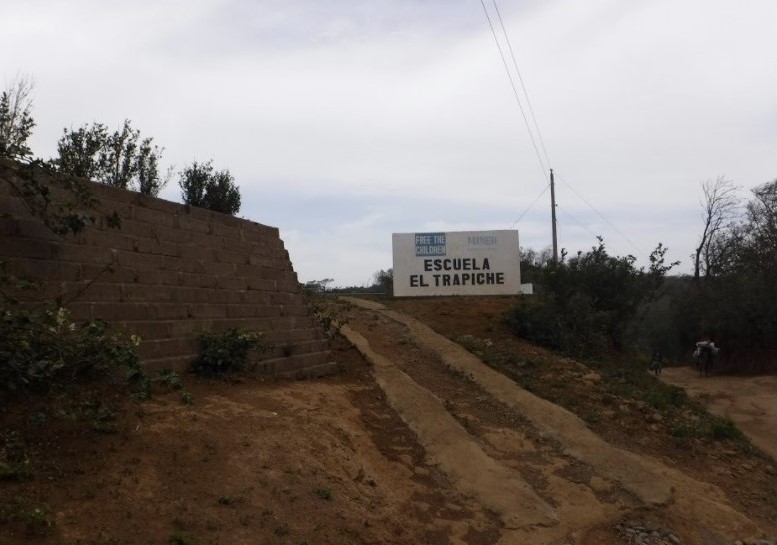 At the end of those two weeks we had the opportunity to talk to one of the community members of El Trapiché.

“So now that you have access to clean water and you have a school the next thing you must want is a health care clinic right,” a group member asked.

The community member laughed and explained how the village would need a paved road before a health care clinic, since the terrain was so poor that even if there were a clinic many would not have access to it.

She continued that before a road, they needed job opportunities to pay for the road. It was a sad realization that there was still so much work to be done and that they still wouldn’t reach full sustainability for a number of years.

The difference between El Trapiché and NW Ontario is that most of El Trapiché’s problems could be solved by an abundance of money. El Trapiché has what NW Ontario doesn’t: a plan.

In NW Ontario building brand new infrastructure does not fix the underlying issues. Unfortunately, it isn’t like the 1989 film Field of Dreams. If we build a brand new school, students still may not come. Millions of dollars can be fed into a community and no change can occur.

When I heard about the Indigenous Youth Futures project, I was immediately hooked. It had answered my question from back in the tenth grade: Where do we begin to rebuild a culture?

This research is unique in the sense that it not only takes the concerns and opinions of community members into consideration, but also as the driving force for change. For example, this summer working on a pilot project, facilitating a suicide prevention/life promotion group with Indigenous youth from Northwestern Ontario. As experts, the youth were at the forefront, researching things such as safe places in their communities and the power of influence.

The problems NW Ontario is facing are unique in the sense that the solution will have to come from a process that is both top-down and bottom-up. I firmly believe that the Indigenous Youth Futures project employs both, and will actively kick-start the rehabilitation of the North.